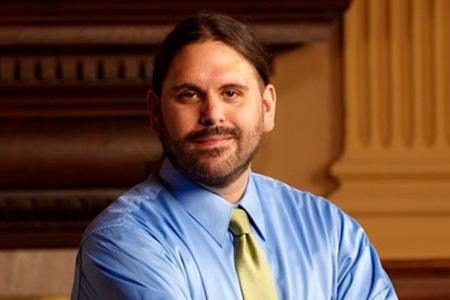 Jonathan Klick is a visiting professor from the University of Pennsylvania Law School, where he is the Charles A. Heimbold, Jr. Professor of Law. Klick previously was the Jeffrey A. Stoops Professor at FSU College of Law. He received his J.D. in 2003 and his Ph.D. in economics in 2002 from George Mason University. He has published numerous articles in law and economics journals, including the Journal of Law and Economics, the Journal of Legal Studies, and the Journal of Economic Perspectives. His work focuses on identifying the causal effects of laws and regulations on individual behavior using cutting-edge econometric tools. Specific topics addressed by his work include the relationship between abortion access and risky sex, the health behaviors of diabetics, the effect of police on crime, addiction as rational choice, and  how liability exposure affects the labor market for physicians, as well as a host of other issues. Before entering academia, Klick served as the associate director of the Liability Project at the American Enterprise Institute. Trained both as a lawyer and an economist, Klick also has served as a research fellow/economist for the U.S. Department of Defense, Council of Economic Advisors, Bureau of Economic Analysis, and the Mercatus Center. While in law school, Klick won the Whitney Writing Prize and was a Robert Levy Fellow.