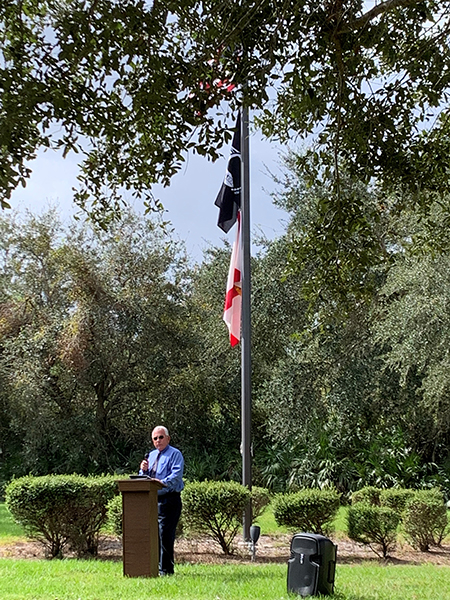 Terry Lewis has published a legal thriller titled Fast Break, which combines Lewis's legal knowledge and story telling skill. Prior to his retirement, Lewis served as a state circuit judge, presiding over cases in the Second Judicial Circuit Court of Florida. Posted 6.2.22

Joyce M. Davis passed away in July 2020. The 2021 Asheville Area Habitat for Humanity Women Build House will be named for and dedicated to her memory. Posted 2.16.21

Joyce M. Davis passed away of metastatic cancer on July 4, 2020. From her time in the Peace Corps in Turkey to her avid support for Habitat for Humanity, her professional and personal life was directed to the betterment of others. Posted 8.17.20

Jeff Ward recently self-published, Bow Wow Needs a “Real” Lawyer! A Public Defender’s Life, featuring his top ten list of memorable cases over his forty-four years as a criminal defense attorney in Miami and Minneapolis. It is "gritty, graphic, unfiltered and highly irreverent in describing the behind-the-scenes workings of our criminal justice system." Ward has recently retired from the Hennepin County Public Defender’s Office in Minneapolis, Minnesota. Posted 6.24.20

Eleanor M. Hunter passed away on November 16, 2019. She was a former executive director of the Florida Board of Bar Examiners and retired as an administrative law judge at the FL Department of Administrative Hearings in 2011. Posted 11.22.19

The Honorable Lewis M. Killian, Jr. was named to the 2018 edition of Best Lawyers in America for business reorganization. He is of counsel at Berger Singerman LLP and a member of the firm's Reorganization Team in Tallahassee. Posted 8.18.17