Brian Berkowitz passed away on March 28, 2022 due to complications from multiple myeloma. He was a lifelong resident of Tallahassee. Posted 4.18.22

Thomas Scarritt was given the highest possible rating for legal ability and ethical standards derived from confidential opinions of members of the Bar and Judiciary. This award is considered a pinnacle of professional excellence earned through a strenuous Peer Review rating process that is managed and monitored by the nationally known legal resource, Martindale-Hubbell. Posted 4.5.22

Thomas P. Scarritt, Jr. has been selected for inclusion in 2021 Florida SuperLawyers. He has been honored as a SuperLawyer for 12 consecutive years. Posted 12.17.20 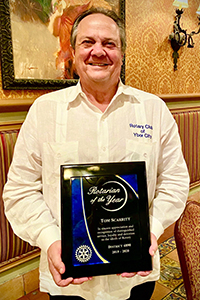 Thomas P. Scarritt, Jr. was named the Rotary District 6890 Rotarian of the Year for 2020-2021 for his work in creating a GoFundMe fundraising effort in Rotary’s Million Meals Challenge, which raised over $177,000 to contribute to Feeding Tampa Bay for the purchase, assembly, and delivery of food for four counties of West and Central Florida. Posted 10.1.20 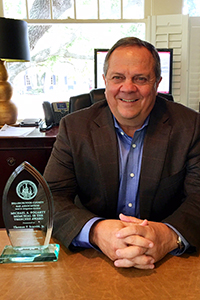 Thomas P. Scarritt, Jr. was named a 2019 Florida Super Lawyer. He is the founder and president at Scarritt Law Group, P.A. in Tampa, where he primarily handles catastrophic damages cases involving business and personal injury. Posted 1.18.19

Thomas P. Scarritt, Jr. visited the Rotary Club of Northwest Helsinki. While there, he met with the club president and and answered member questions. Scarritt serves as the 2018 president of the Tampa Ybor City Rotary Club. He is the founder and president at Scarritt Law Group, P.A. in Tampa. Posted 9.14.18

Larry E. Metz resigned from the Florida House of Representatives, where he served since 2010 representing parts of Lake County. He has accepted an appointment as circuit judge for the Fifth Judicial Circuit. Sitting in Tavares, FL, he has a docket with civil, family and probate matters. Posted 9.13.18

Cari L. Roth, a shareholder at Dean Mead in Tallahassee, was recognized in Florida Trend's2018 Legal Elite. She has 30 years of public and private sector legal and legislative experience, and is a recognized leader in government relations and environmental and land use law. Posted 8.22.18

Thomas P. Scarritt, Jr. was named honorary chairman for the NAACP's Freedom Fund Dinner on February 8, 2018. He was also the recipient of the Freedom Fighter Award for his leadership role in relocating the Confederate statue from the Hillsborough County Courthouse. Scarritt serves as the 2018 president of the Tampa Ybor City Rotary Club. He is the founder and president at Scarritt Law Group, P.A. in Tampa. Posted 2.26.18

Robert L. Rothman was appointed to a three-year term in 2016 as the Eleventh Circuit member on the American Bar Association Standing Committee on the Federal Judiciary. He is responsible for investigating the professional competence, integrity and judicial temperament of prospective nominees to the federal bench at the request of the White House. Rothman is a partner in the Litigation Practice at Arnall Golden Gregory LLP. Posted 12.8.17 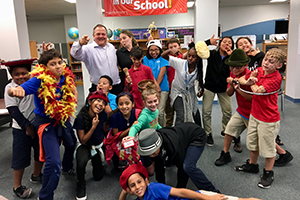 Thomas P. Scarritt, Jr. taught stage acting to fourth graders at the invitation of his daughter, teacher Mallory Scarritt Edghill, at Eisenhower Elementary School in Clearwater, as part of the Great American Teach-In. Scarritt is the founder and president at Scarritt Law Group, P.A. in Tampa. Posted 12.4.17 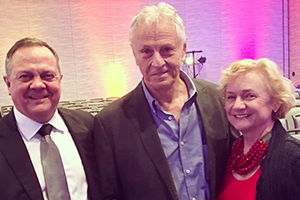 Thomas P. Scarritt, Jr. served as Master of Ceremonies for the Fortieth Anniversary Southern Legal Counsel Banquet held on October 21 in Gainesville. Morris Dees, the founder of Southern Poverty Legal Center, was the keynote speaker and shared stories of the civil rights battles he has fought since 1971. Scarritt is the founder and president at Scarritt Law Group, P.A. in Tampa. Posted 11.6.17

Cari L. Roth, a shareholder at Dean Mead in Tallahassee, has been named the Best Lawyers® 2018 Land Use and Zoning Lawyer of the Year in Tallahassee. She also was recognized in Florida Trend's 2017 Legal Elite. She has 30 years of public and private sector legal and legislative experience, and is a recognized leader in government relations and environmental and land use law. Posted 10.19.17 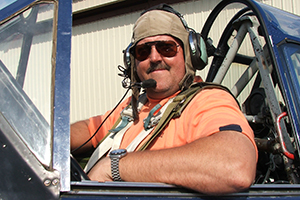 Brian R. Toung has been elected chairman of the Board of the Port Orange South Daytona Chamber of Commerce. This is a voluntary unpaid position in addition to his full-time law practice doing personal injury, criminal defense, business and aviation litigation at Brian R. Toung, P.A. in Daytona Beach. He also teaches Aviation Legislation at Embry-Riddle Aeronautical University as an adjunct associate professor.
Posted 10.9.17

Thomas P. Scarritt, Jr., founder and president of Scarritt Law Group in Tampa, received the Chair’s Award from the Hillsborough County Democratic Party for Outstanding Public Service. He was featured in a La Gaceta article and recognized as a Paul Harris Fellow by the Rotary International Foundation. Scarritt also has been awarded America's Top 100 Attorneys Lifetime Achievement Award and has successfully achieved recertification as a civil trial advocate. Additionally, Scarritt participated in the Great American Teach-In at San Jose Elementary School in Dunedin on November 16, 2016. Scarritt taught a class with his daughter, first grade teacher Mallory Scarritt. Posted 9.27.17