Frank E. Brown has joined GrayRobinson in the firm's labor and employment section as of counsel in their Tampa office, where he will handle employment, employee benefits, and civil rights claims at the trial and appellate court levels. Posted 12.8.22

Mitch Rubin passed away on March 6, 2022 after an extended battle with cancer. He served as the CEO of the Florida Beer Wholesalers Association. Posted 5.20.22

David Powell’s debut book, Ninety Miles and a Lifetime Away: Memories of Early Cuban Exiles, was published on March 1 by the University of Florida Press. Based on 54 extensive interviews, the book preserves rare accounts of those who fled Cuba between 1959 and the early 1970s. Longtime CBS 60 Minutes correspondent Steve Kroft called the book “a beautifully imagined, carefully researched, and masterfully edited oral history.” Powell is retired from Hopping Green & Sams and lives in Tallahassee. Posted 3.2.22

Karen Oehme serves as a research associate and director of the FSU Institute for Family Violence Studies. She was recently elected chair of the Academic Resilience Consortium, an international organization that is leading college student resilience efforts in the U.S. and worldwide. Oehme leads the Student Resilience Project at FSU, one of several student resiliency initiatives designed to equip students with skills to cope with challenges in their educational careers, ultimately preparing them for successful professional and community lives. Posted 3.21.21 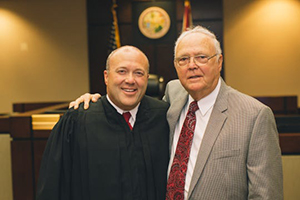 The Honorable J. Layne Smith was appointed a circuit judge by Gov. Ron DeSantis. He now sits on the bench of the 2nd Judicial Circuit, which covers Franklin, Gadsden, Jefferson, Leon, Liberty and Wakulla counties. Posted 6.11.20

The Honorable Steven Leifman, an associate administrative judge for the Eleventh Judicial Circuit of Florida, received the Pardes Humanitarian Prize in Mental Health from the Brain & Behavior Research Foundation in New York. The prize is awarded annually to recognize individuals or organizations that are making a profound and lasting impact in advancing the understanding of mental health and improving the lives of people with mental illness and addiction disorders. Posted 11.7.18 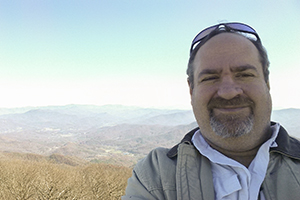 Lawrence M. Korn has spent the past 30 years "defending rights, protecting liberty, and wherever possible, sticking it to the man." He is senior assistant public defender at the Office of The Public Defender, Atlanta Judicial Circuit. 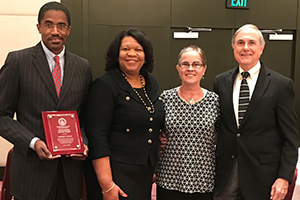 Lansing C. Scriven won the Hillsborough County Bar Association's Outstanding Lawyer Award. He is a shareholder at Trenam Law in their Tampa office. Scriven concentrates his practice in the area of business litigation, handling a diverse range of business disputes.

The Honorable Gerardo Castiello retired as a judge of compensation claims in Miami. Posted 11.21.17

Major Meredith Charbula was sworn in as a Duval County Court judge on November 1 after being appointed by Governor Rick Scott. Posted 11.14.17

Susan S. Erdelyi, a shareholder at Marks Gray, P.A. in Jacksonville, was recognized as one of the 2018 Best Lawyers in America. She also was selected as a 2017 Florida Super Lawyer. Her practice is focused on employment and civil rights. Posted 8.21.17