Richard Moore is the CFO/general counsel at Moore Communications Group, Inc., which was recently ranked 73rd on the Seminole 100 list. Posted 3.2.22

Michael W. Jackson was recently named the first Black president of the Alabama District Attorney’s Association for the 2021-2022 year. Posted 7.29.21

Steve Kelley passed away on March 15, 2021. He practiced law in South Georgia and North Florida for over 30 years. He often went out of his way to help individuals who did not have resources to seek legal assistance for themselves. Posted 3.23.20

Clinton E. McLeod passed away on July 7, 2020. McLeod spent time at the Public Defender's Offices in Fort Myers, FL and in in Tallahassee before opening his own firm, The Law Office of Clinton E. McLeod. Posted 9.24.20

Michael W. Jackson was a guest on the podcast White Lies, which was nominated for a Pulitzer Prize in the area of audio reporting. Posted 8.31.20

Michael W. Jackson has been named vice president of the Alabama District Attorneys Association. He’s the first African-American to hold the position. Posted 8.31.20

Jason B. Burnett is serving as secretary of the FSU College of Law Alumni Association Board of Directors for the 2020-2021 academic year. Posted 7.1.20

Michael W. Jackson, district attorney for the Fourth Judicial Circuit in Selma, AL, was named chairperson of his local Regional Control Board, which is part of the Regional Drug Task Force for the state of Alabama. Posted 2.7.20

Michael W. Jackson, district attorney for the Fourth Judicial Circuit in Selma, AL, was elected secretary-treasurer for the 2019-2020 year by the Alabama District Attorney Association. Posted 11.22.19

Harriet Williams received the 2019 Alberto Romero Making a Difference Award from the Family Law Section of The Florida Bar for providing outstanding pro bono services, engaging in significant volunteer community activities that improve the lives of Florida’s children and families, and encouraging other section members to volunteer. She practices at Williams Law Group, P.A. in Tallahassee. Posted 7.26.19 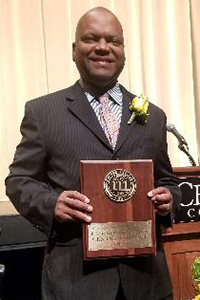 Michael W. Jackson was selected as one of Centre College's Distinguished Alumni during their annual ceremony on October 27, 2018. The alumni were recognized for their accomplishments and contributions. Jackson is a district attorney for the Fourth Judicial Circuit in Selma, AL. Posted 11.19.18

Jose J. Arrojo is now the executive director of the Miami Dade Commission on Ethics and Public Trust. In his new role, Arrojo is charged with leading the commission’s education, outreach, legal opinion and guidance, and enforcement mission relating to conflict of interest and ethics matters in local government. Posted 9.21.18

Dawn P. Whitehurst has joined Sniffen & Spellman, P.A. in Tallahassee. She has more than 25 years of litigation experience in various practice areas and is a member of the prestigious invitation-only American Board of Trial Advocates (ABOTA). Whitehurst will focus her practice on matters involving civil rights cases, employment law and insurance defense. Posted 8.8.18 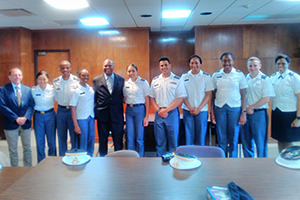 Michael W. Jackson, district attorney for the Fourth Judicial Circuit in Selma, AL, hosted a group of touring cadets from the U.S. Military Academy at West Point as part of the academy’s Civil Rights Staff Ride. He spoke to the students about some of the high-profile cases he has handled. Posted 7.20.18

Photo: Jackson (fifth from left) met with cadets in the Dallas County Courthouse.

Stephen S. Dobson, III has joined Baker, Donelson, Bearman, Caldwell & Berkowitz, PC in Tallahassee as a shareholder and member of the firm's Government Enforcement and Investigations Group. He has more than 20 years of experience in criminal practice, including significant cases in health care fraud, securities fraud, tax fraud, public corruption and a variety of white collar crimes. Posted 1.30.18 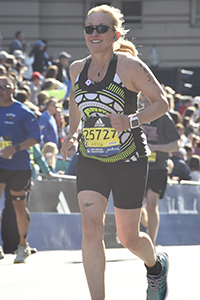 Anita C. Pryor qualified for the Ironman 70.3 World Championships held in September 2017 in Chattanooga, TN. She qualified and was accepted to run the Boston Marathon in April 2017. She also ran the Boston Marathon in 2016. Pryor is a partner at Terrell Hogan in Jacksonville. She has represented victims of asbestos exposure diagnosed with mesothelioma and lung cancer for more than 21 years and has also handled other complex products-related litigation. Posted 12.6.17

Michael W. Jackson has been named to the Centre College Alumni Association Board of Directors for a three-year term. He is a district attorney for the Fourth Judicial Circuit in Selma, AL. Posted 8.23.17

Lisa P. Edgar was named director of the Florida Park Service by the Florida Department of Environmental Protection (DEP). She previously served as deputy secretary of the DEP. Posted 2.17.17