The Honorable Alison Kerestes has been appointed circuit judge by Gov. Ron DeSantis. She sits on the bench of the Ninth Judicial Circuit. Published 1.5.23

The Honorable Amanda Bova has been appointed circuit judge by Gov. Ron DeSantis. She sits on the bench of the Ninth Judicial Circuit. Published 1.5.23

Abby London Vail was named managing partner of the Ballard Partners Tallahassee office in May 2022. Ballard Partners has been one of the largest lobbying firms in Florida for years and has quickly become one of the largest in Washington, D.C. since it expanded its operation to D.C. five years ago. Vail was also named as one of the Top 25 Most Influential Lobbyists by The Florida Standard and received an honorable mention in Florida Politics’ list of Florida’s Most Influential People. Additionally, Vail was accepted as a member of Leadership Florida Cornerstone Class 40. Posted 12.14.22

Russell "Worth" Parker retired from the US Marine Corps in June 2021 and almost immediately began working to evacuate Afghan Allies during the fall of Kabul in August 2021. Having retired to write, he immediately began work as the contract writer on Always Faithful: A Story of the War in Afghanistan, the Fall of Kabul, and the Unshakeable Bond Between a Marine and an Interpreter by Thomas Schueman and Zainullah Zaki, published by Harper Collins on August 9, 2022. Published 9.1.22

F. Joseph Ullo, a shareholder at Stearns Weaver Miller, was recently recognized in the 2022 edition of Florida Super Lawyers. The Super Lawyers list is a rating service acknowledging outstanding lawyers in a particular state. Posted 6.27.22

Melanie Griffin began serving as secretary of the Florida Department of Business and Professional Regulation on January 3, after being appointed to the position by Governor Ron DeSantis in late December. As secretary, Griffin leads Florida’s regulation of more than 1.4 million licensees across more than 30 fields of industry. Posted 1.7.22

Christine Senne recently finished serving a one-year term as the chair of the Florida Bar's Standing Committee on Technology. Senne is the vice president of Legal & Compliance for Fluent, a multistate cannabis company with headquarters in Miami. She has two children, Jackson and Benjamin, both of whom are proud of their mom and neither of whom want to be lawyers. Posted 9.17.21

Danielle Cohen Higgins is running for reelection as District 8 commissioner on the Miami-Dade Board of County Commissioners. Posted 6.2.21

Danielle Cohen Higgins was appointed as the District 8 commissioner on the Miami-Dade Board of County Commissioners on December 7. Posted 12.10.20

Kareem J. Spratling is serving on the FSU College of Law Alumni Association Board of Directors for the 2020-2021 academic year. Posted 7.1.20

Jared Ross was named president of the the League of Southeastern Credit Unions (LSCU) in January. He has been with LSCU for 9 years, serving in several capacities since first being hired as the director of legislative affairs. In his new role, Ross will oversee all association activities for the trade association that represents credit unions in Alabama, Florida and Georgia. Posted 1.24.20

James F. Hartman opened Hartman Law Firm, LLC in 2011, and over the past eight years, the firm has grown to one of the top five personal injury firms in Charleston, South Carolina. Since graduating, Hartman has also recorded two albums with his band, Honeypot, and has traveled frequently to destinations including Norway, Croatia and Hungary. Posted 1.9.20

Richard Junnier was elected to the board of directors of the ACLU, Florida affiliate. On the board, he represents Escambia, Santa Rosa, Okaloosa, Walton, Holmes, Washington, Bay, Gulf, Calhoun, Jackson, Gadsden, Liberty, Franklin, Wakulla, Leon and Jefferson counties. He is the founder and managing attorney at Junnier Law and Research, P.A., in Tallahassee, where his practice includes international human rights research. Previously, he was a staff attorney for the Innocence Project of Florida, Inc., and served on the editorial board of the Florida Bar News/Journal. Posted 12.12.19

Erik L. Sayler is now deputy general counsel/chief legal counsel at the Florida Division of Emergency Management. He earned his M.B.A. from FSU in May 2019. Posted 8.5.19

Miguel J. Chamorro was appointed to the Appellate Court Rules Committee of The Florida Bar after serving three years as vice chair of the Civil Procedure Rules Committee. Chamorro is a partner at Lydecker Diaz in Miami, where his practice focuses on litigation and transactional work, with an emphasis on business law and real estate law. Posted 7.30.19

Melanie S. Griffin, of Dean Mead in Tampa, won The Florida Bar Solo & Small Section's 2019 Mentor of the Year Award for her remarkable achievements in the area of mentorship to younger attorneys and/or law students. Posted 7.8.19

Abigail L. Vail is now chief of staff at the Florida Office of Financial Regulation. She previously served as a senior external affairs specialist at the State Board of Administration. Posted 4.23.19

Justin Keen was sworn in as an assistant United States attorney for the Northern District of Florida on October 29, 2018. He is assigned to the Criminal Division of the Tallahassee office. Posted 11.9.18

Kira Romero-Craft was selected as a 2018 Hispanic Heritage Month honoree by U.S. Congressman Darren Soto. The honor recognizes nine individuals in Central Florida for their invaluable contributions to the community. Romero-Craft is the managing attorney of the Southeast Regional Office of LatinoJustice PRLDEF in Orlando. She is also the current co-chair of the advocacy committee for the American Immigration Lawyers Association, Central Florida Chapter. Posted 11.7.18

F. Joseph Ullo has joined Stearns Weaver Miller Weissler Alhadeff & Sitterson, P.A. as a shareholder in the firm's Land Development, Zoning, Environmental & Governmental Affairs and Intellectual Property groups in Tallahassee. He previously served as the director of the Division of Waste Management at the Florida Department of Environmental Protection. Posted 10.5.18 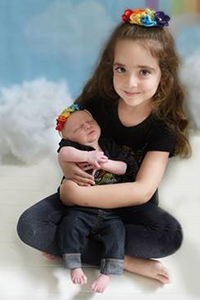 Amelia A. Savage was recognized as an Up and Comer in the 2018 Florida Trend Legal Elite. She primarily practices in the area of environmental law, seeking to help clients navigate the regulatory process, the legislative arena or a litigation setting. Posted 7.5.18

Eileen M. Stuart will join Hopping Green & Sams as a shareholder in Tallahassee in June 2018. She will lead their government affairs practice. Stuart most recently served as vice president for Government and Regulatory Affairs at The Mosaic Company, directing the Fortune 500’s state and federal government affairs strategy, and engagement in the state and national capitals. Posted 6.11.18

Robyn S. Jackson was selected as the chief compliance and ethics offer at FSU. She has served as FSU’s associate general counsel since 2011 and will start her new position on March 12, 2018. Posted 2.27.18

Melanie S. Griffin, of Dean Mead in Tampa, was recognized in the 2017 issue of Tampa Bay Metro's Inspiring Women in Business. She is the founder of Spread Your Sunshine, which empowers females to break the glass ceiling and achieve their dreams. Posted 2.5.18

Justin M. Keen was promoted to division chief of the Economic Crimes and Elder Services Unit of the Brevard County State Attorney's Office in 2016. He primarily prosecutes felonies involving exploitation and abuse of the elderly, and white-collar crimes. Posted 12.12.17

Jennifer L. Shelfer was promoted to partner in the Litigation Practice at Arnall Golden Gregory LLP in Atlanta, GA. She serves clients in business litigation, labor and employment advice and litigation, and white collar crime litigation. In addition, Jennifer and Seam Park ('05) had a second baby boy, Elliot Shelfer Park, in September 2015. Posted 12.6.17

Jennifer K. Little is now manager of attorney development at Haynes and Boone, LLP in their Dallas office. She previously served the global law firm Clifford Chance LLP in their London and Singapore offices for nine years. Posted 12.6.17

Melanie S. Griffin, of Dean Mead in Tampa, was recognized in Florida Trend's 2017 Legal Elite and honored during the second annual presentation of The Inspire Awards on July 13. She also was inducted into the inaugural class of Notable Noles, where she was recognized for her extensive contributions to her community, profession and FSU. Additionally, Griffin was named the 2017 Woman of Promise by the Girl Scouts of West Central Florida. She will be a featured speaker at the 2017 Working Women State Conference in September. Posted 7.31.17

Joshua E. Doyle has been selected to serve as the next executive director of The Florida Bar. His transition will start in July. Doyle most recently served as a special agent for the FBI working in the bureau’s Tallahassee office. Posted 6.7.17