Ashley Hayes has been promoted to partner at Shook, Hardy & Bacon L.L.P. in Tampa. Her areas of practice include product liability, tobacco, mass tort and litigation. Posted 3.18.22

Lauren Aguilar has joined Barnes and Thornburg LLP. The firm is the largest in Indiana, has offices in over 15 states and is growing. Aguilar practices energy and utility law and is a trusted adviser to clients on state and federal regulatory issues and disputes involving electric, natural gas, water, alternative energy, and wastewater utilities, and she works closely with the implementing agencies. She previously worked at the Indiana Office of the Utility Consumer Counselor where she testified before the Indiana Utility Regulatory Commission (IURC) on behalf of consumers. Aguilar has special expertise in environmental compliance, renewable energy, and electric vehicles. Posted 8.18.21

Nathan W. Hill was appointed to the Orange County Arts & Cultural Affairs Advisory Council, where he will serve as the council representative for United Arts of Central Florida, which contracts with Orange County to manage available funding. Hill is a shareholder at Gunster, where he practices in the areas of healthcare and data security, advising clients facing government investigations and data breaches. Posted 7.6.21

Melanie R. Leitman was named to the 2021 Super Lawyers' Rising Stars list. Leitman is a shareholder at Stearns Weaver Miller and practices in the areas of labor and employment, litigation and administrative and appellate law. Melanie has experience representing management-side clients in various employment-related claims, including civil rights-related claims at the state and federal level, whistleblower retaliation claims, enforcement of covenants prohibiting competition, and constitutional claims arising out of employment disputes. Posted 7.1.21

Charles C. Whittington has been named to the 2021 Florida Super Lawyers Rising Stars list for his professional achievement. Whittington is a shareholder at Grant Fridkin Pearson, PA in Naples, Florida. He practices on the areas of business services and real estate. Posted 6.24.21

David Boyer has retired after serving 33 years in the United States Army. Boyer is the managing attorney at the National Disability Rights Network. Posted 6.24.21

Tim Baker has been named to the 2020 edition of The INFLUENCE 100: The Most Influential People in Florida Politics. Posted 10.28.20

Krista Dolan was celebrated as a graduating "Class 6" member in the Legal Aid Foundation's Thunderdome Tallahassee Awards ceremony, which was held virtually on September 22. The class clocked 300+ pro bono hours over the past year. Posted 10.2.20

Lauren Aguilar was elected to the Indiana State Bar Utility Law Section on September 10, 2020 as the secretary/treasurer of the Executive Council of the Utility Services/Consumer Division for the 2020-2021 year. Posted 9.23.20

Corey Huffman was appointed to serve as the Family Law Section chair of the Collier County Bar Association for the 2020-2021 season. Huffman has served as the supervising attorney of the Children's Unit at Legal Aid Service of Collier County since 2017 and focuses on children's legal rights in juvenile dependency actions as well as all family law matters that involve children. Posted 9.23.20

David W. Grimes has been elected a governor of The Florida Bar Young Lawyers Division for the Second Judicial Circuit. Posted 7.17.20

Lauren V. Purdy is serving on the FSU College of Law Alumni Association Board of Directors for the 2020-2021 academic year. Posted 7.1.20

Melanie R. Leitman was honored with a 2020 Tallahassee Women Lawyers Diversity & Inclusion Leadership Award. Leitman is an attorney in the labor and employment, and administrative law and regulatory compliance groups at Stearns Weaver Miller in Tallahassee. Her practice focuses on employment defense litigation and human resources compliance, consultation and training. Posted 6.15.20

Melanie R. Leitman was named a 2020 Florida Super Lawyer. Leitman is an attorney in the labor and employment, and administrative law and regulatory compliance groups at Stearns Weaver Miller in Tallahassee. Posted 6.15.20

Ashley Hayes co-authored an article with Frank Cruz-Alvarez titled Fidrych v. Marriott International: Fourth Circuit Rejects Jurisdiction Over Claim for Out-of-State Injury, which was recently published by the Washington Legal Foundation. Hayes also recently published a Pretrial Practice & Discovery Practice Point with the American Bar Association titled, Withholding Documents on the Basis of an Objection: What to Know about Rule 34(B)(2)(C). Hayes is an associate at Shook, Hardy & Bacon L.L.P. in Tampa, and her areas of practice include product liability, tobacco, mass tort and litigation. Posted 4.24.20

Brett M. Carey was promoted to partner at RumbergerKirk in Orlando. Carey practices in the areas of insurance coverage and bad faith, and employment and commercial litigation. He represents insurers in first and third party coverage matters, including claims involving personal and commercial lines of insurance, and claims involving extra-contractual liability and bad faith disputes. Posted 4.13.20

Melanie R. Leitman was named an honoree of the Tallahassee Democrat's 2020 class of "25 Women You Need to Know." Leitman is an attorney in the labor and employment, and administrative law and regulatory compliance groups at Stearns Weaver Miller in Tallahassee. Her practice focuses on employment defense litigation and human resources compliance, consultation and training. Posted 3.6.20

Heather M. Jonczak was promoted to shareholder at Carlton Fields in Miami. She is a member of the firm's construction practice. Posted 2.26.20

Katie Crandall has been promoted to university librarian at the FSU College of Law. She serves as associate director of the Research Center. Posted 1.24.20

Ashley Terry has been promoted to division chief of the Felony Circuit Court Divisions in the Clay County State Attorney's Office, and also serves as the homicide prosecutor in Clay County. In addition, Ashley and her husband, Will, were married in May 2019. Posted 1.9.20

Tiffany Roddenberry is now a partner at Holland & Knight, LLP in Tallahassee, where she focuses her practice on assisting clients that do business with or are regulated by state and local governmental entities. Posted 1.9.20

Matthew L. Evans is now a partner at Barnett, Bolt, Kirkwood, Long, Koche & Foster, where he practices in the areas of tax, tax-exempt organizations, and estate planning. Posted 12.17.19

Matthew E. Lewis is now an associate in the Property & Casualty Insurance practice group at Carlton Fields in Orlando. His practice focuses on property and casualty insurance. Posted 11.18.19

Matthew D. Kissner received the On the Rise Award as part of the Daily Business Review's annual Professional Excellence Awards. The award is given to attorneys under 40 years of age who have shown expertise in their practice areas while committing to community involvement. Kissner is a corporate and business transactions associate at Broad and Cassel LLP in West Palm Beach. Posted 5.14.18

Dane W. Norman became deputy chief of staff at the Office of Trade at U.S. Customs and Border Protection on April 9, 2018. Posted 5.14.18 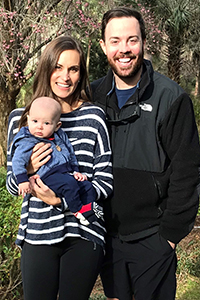 Nathan W. Marshburn has completed Advanced Capital Skills Training with the National College of Capital Voir Dire. He handles death penalty and other murder cases for the Law Offices of Blair Payne, Public Defender for the Third Judicial Circuit. Posted 1.19.18

Matthew D. Kissner has been appointed to the board of directors for the Chamber of Commerce of the Palm Beaches. He is a corporate and business transactions associate at Broad and Cassel LLP in West Palm Beach. Posted 12.4.17 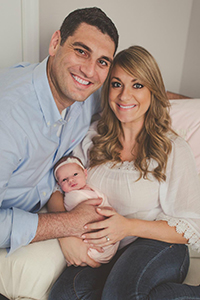 Ashley P. Hayes and David A. Hayes welcomed their first child on July 24, 2016, a daughter named Audrey Rose. Ashley is an associate in the Global Products Liability division at Shook, Hardy & Bacon, L.L.P. and David is an associate at Bajo, Cuva, Cohen, Turkel P.A., both located in Tampa. Ashley defends companies against product liability claims, with an emphasis on smoking-and-health cases. David practices business litigation. Posted 10.6.17

Christopher A. Weaver is an assistant state attorney at the State Attorney's Office in Jacksonville. Posted 7.18.17

Ashlee A. Pouncy was named the Law Related Education Committee Attorney of the Year by The Florida Bar. She is an assistant county attorney at the Miami-Dade County Attorney's Office. Posted 6.28.17

Jessica L. Gregory (maiden name Jessica Saltz) was recently published in the June 2017 edition of the DRI Newsletter as co-author of an article titled, “Insurance Coverage Issues: Proving an 'Occurrence' and When Damages 'Occurred' Under a CGL Policy.” She is currently an associate at the law firm of Williams, Leininger & Cosby, P.A. in North Palm Beach, where she focuses her practice on insurance coverage issues and appellate work. Posted 6.6.17

David W. Grimes was the recipient of the TWL Diversity and Inclusion Award for his exemplary work in LGBT rights. He is an attorney at The Florida House Democratic Office. Posted 5.8.17

Megan Fay has been appointed director of policy by Governor Rick Scott. She has worked in the governor’s office since 2013 serving as a chief analyst in the Office of Policy and Budget, deputy director of cabinet affairs and most recently, as deputy director of legislative affairs. Posted 3.7.17

Kevin A. Forsthoefel is now a shareholder at Ausley McMullen in Tallahassee. He practices in the areas of commercial litigation, with special emphasis on creditors’ rights in bankruptcy, and election law. Posted 2.22.17

Ashley P. Hayes is now an associate at Shook, Hardy & Bacon L.L.P. in Tampa. She defends companies against product liability claims, with an emphasis on smoking-and-health cases. Posted 2.14.17