Mark B. Seidenfeld | College of Law 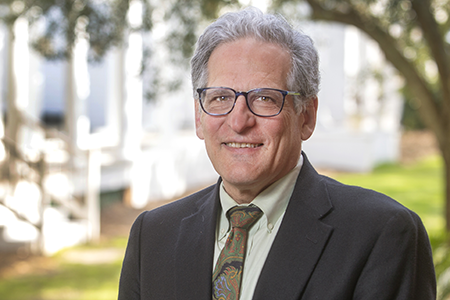 Mark Seidenfeld, the Patricia A. Dore Professor of Administrative Law, is one of the country’s leading scholars on federal administrative law and author of one the most cited administrative law articles: “A Civic Republican Justification for the Bureaucratic State,” (Harvard Law Review). Professor Seidenfeld focuses on how administrative law might be structured to facilitate agencies implementing deliberative democracy, with special attention to the law’s effect on the behavior and accountability of government institutions. He also has written about issues of constitutional law and legislation that bear on the interactions between the president, the executive branch generally, Congress and the courts. He has taught Administrative Law, Constitutional Law (Structure of Government), Legislation & Regulation, various courses on particular areas of regulation, including Regulation of Electric Power, Health Law & Policy, and Environmental Law, and Law & Economics. In addition, Professor Seidenfeld has served as associate dean for academic affairs and as associate dean for research at the FSU College of Law. He has been on the law faculty since 1987. He also has actively participated in the American Bar Association Section on Administrative and Regulatory Law, as a chair or member of several section committees.

Prior to entering the legal academy, Professor Seidenfeld clerked for Judge Patricia A. Wald of the United States Court of Appeals for the D.C. Circuit, and served as assistant counsel for the New York State Public Service Commission. Professor Seidenfeld holds a J.D. from Stanford University, where he was a senior law review editor and was elected to the Order of the Coif. He also has an M.A. in theoretical physics from Brandeis University and a B.A. in physics from Reed College. In his career before law school, Professor Seidenfeld worked as a research physicist and engineer at Intel, Inc., and is a co-holder of a patent for the process Intel used to manufacture the 80286 microprocessor.