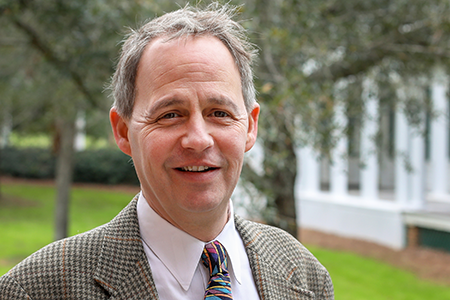 Professor Blaufarb, Director and Ben Weider Eminent Scholar in Napoleonic Studies at the FSU Department of History, specializes in Revolutionary and Napoleonic France. His most recent publications include: The Great Demarcation: The French Revolution and the Invention of Modern Property (Oxford 2016), The Politics of Fiscal Privilege in Provence, 1530s-1830s (Catholic University of America 2012), Napoleonic Foot Soldiers and Civilians: A Brief History with Documents (Bedford 2011), and Napoleon: A Symbol for an Age (Bedford 2007). He is also the author of several books on the social and political history of the French military during this period. He has published articles in the American Historical Review, Annales, H.S.S., French Historical Studies, Comparative Studies in Society and History, Revue d’histoire moderne et contemporaine, and Annales historiques de la Révolution Française. He has received fellowships and research grants from the NEH, Mellon Foundation, Camargo Foundation, as well as a Bourse Châteaubriand.

Before coming to FSU in 2006, Professor Blaufarb was an associate professor of history at Auburn University. He has also taught as an invited professor of modern history at the Université Paul-Valéry III (Montpellier).