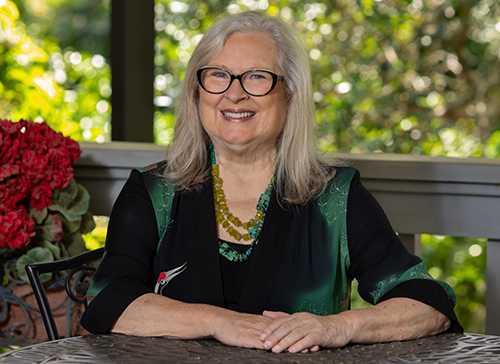 Deborah “Debby” Kearney (’81) devoted her entire legal career to public service. Before she retired from Citizens Property Insurance Company in January 2015, she had served as general counsel in all three branches of state government. She served both Democrat and Republican leaders at numerous state agencies, the Governor’s Office, the Florida House and Senate, and the Florida Supreme Court.

Kearney began her legal career as a staff attorney for the Florida House Judiciary Committee—a job for which she was recruited—and she created a reputation for herself such that former colleagues and managers recruited her over and over again throughout her entire career. Highlights of her illustrious 35-years of service include serving as general counsel of the Florida Department of State during the 2000 presidential election—where she tirelessly worked on more than 40 emergency cases related to the election—and as general counsel for the 1998 Florida Constitution Revision Commission.

“I’m proud of all my jobs, but the one that was most special to me was as general counsel of the Constitution Revision Commission—it was a once-in-a-lifetime thing,” said Kearney. “It took so much of the work I had done in the Governor’s Office—which was a lot because I was there for seven-and-a-half years, so I had seen a lot about almost every area of the law—so that when I got to the Constitution Revision Commission, there was hardly a part of the Constitution I didn’t have some working knowledge of. I had a familiarity with a broad scope of our Constitution that I don’t think very many people get to have.”

Despite serving in high-ranking positions and reporting to elected officials, Kearney never allowed politics to motivate her work. “From the beginning, I think it was my first boss who said, ‘Don’t get involved in the politics; that is the fastest way to the dusty road.’ I really took that to heart.” Kearney felt not only was it her responsibility as a lawyer, but it was also her personal desire, to always produce the best work she could for every client.

“I always tried to give my best legal advice, no matter who my client was— Democrats, Republicans, non-partisan, whatever—nobody ever asked me to do anything untoward or overly political. I just did my legal work as best I could. My key was to work smart, work hard and treat everyone with dignity.”

Although she spent more than three decades working in state government, when she started law school and even early in her career, Kearney thought she would eventually enter private practice as a property lawyer. Satisfaction and a growing interest in her government work changed her plans. Kearney found gratification in doing the right things in her public service jobs.

“And the positions seemed to just open up one right after another,” Kearney said. “I never really thought about not having a job or doing something different. It seems like I was destined to do all those things. And they all were very rewarding.”

Kearney is especially proud of the many different areas of state government and law she was able to learn about during her career, and that she was able to use that knowledge to serve others. The importance of service was ingrained in Kearney when she was a high school student in Paoli, Pennsylvania. She recalls her civics teacher as leaving a lasting impression about how important it is to stand up for justice and to stand up for those who cannot stand up for themselves.“I believe that the Rays and the city and county all still understand that, in Tampa Bay, that location is the most viable location financially and practically because it is an extraordinary urban environment and is ripe for something like a ballpark.”

Because Kearney attributes much of her success to mentors who provided good examples of professionalism, she devoted herself to mentoring younger attorneys after she gained experience and wisdom.

“I always enjoyed working with students and I did it every chance I got. I wanted to set the same kind of good example that had been set for me.”

Now that she is enjoying retirement, Kearney remains busy and engaged in the community. She spent her early years as a retiree traveling extensively, including to Europe and a three-week drive across the country with her sister. She remains engaged with Florida State University, supporting the College of Law and School of Theatre in a variety of ways. A cultural arts enthusiast and a benefactor of Opening Nights and the School of Theatre, Kearney attends many theater performances locally, in New York City and in other U.S. cities known for their cultural offerings. In her spare time, the self-proclaimed “total movie buff” also enjoys going to the movies, gathering with her friends and researching stocks. “I started an investment club in 1995 that still exists,” Kearney said. “I really get into doing stock research and I spend a lot of time doing it.”

Kearney recently felt a longing to return to public service. She now serves on the board of directors of Survive & Thrive Advocacy Center, which provides services to victims of labor and sex trafficking, and was appointed in 2019 to the Census 2020 Complete Count Committee for Tallahassee/ Leon County.

Especially since the national spread of COVID-19, Kearney spends much of her time at home with her husband, Jim Kearney, a retired State of Florida manager who Kearney describes as “the best manager of people I’ve ever seen.” The couple married in December 1982 and the following spring they bought the Tallahassee house in which they still reside. They own three tractors to maintain their 5-acre property, which includes a garden and more than 100 pecan and citrus trees planted by the Kearneys.

When Kearney married Jim, she also gained two “bonus daughters”—Jennifer and Jill. The Kearney family has grown to now include spouses for both daughters and three grandchildren. Kearney attributes much of her career success to her supportive family.

“One reason I was able to do my job was because I had a husband who supported me, who didn’t mind making his own dinner night after night. And that made a huge difference. And both Jennifer and Jill were so supportive of me. I couldn’t have asked for better kids if I had raised them myself. I’m about the luckiest person in the world for my family and my career.”

For someone whose motto is, “The harder you work, the luckier you get,” Kearney’s career and family successes are much-deserved.