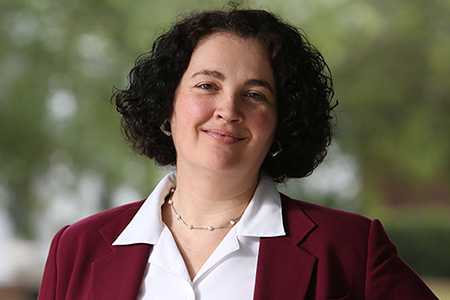 Professor Ryan is the Elizabeth C. and Clyde W. Atkinson Professor, Associate Dean for Environmental Programs, and Director of the FSU Center for Environmental, Energy, and Land Use Law at the Florida State University College of Law. She specializes in environmental and natural resources law, water law, property and land use, federalism, and negotiation, and was recognized in 2022 with a university-wide award for Innovation in Teaching. She has presented widely in the United States, Europe, and Asia, including the Ninth Circuit Judicial Conference, the National Association of Attorneys General, the United States Forest Service, and the United Nations Institute for Training and Research. She has advised National Sea Grant multilevel governance studies involving Chesapeake Bay and consulted with multiple institutions on developing sustainability programs. She has appeared in the Associated Press, Chicago Tribune, Foreign Policy, Huffington Post, London Financial Times, National Public Radio, Thomson-Reuters Beijing, and local NBC and CBS Television News. She is the author of over fifty scholarly works, including FEDERALISM AND THE TUG OF WAR WITHIN (Oxford, 2012).

Ryan is a graduate of Harvard Law School, where she was an editor of the Harvard Law Review and a Hewlett Fellow at the Harvard Negotiation Research Project. She clerked for Judge James R. Browning of the U.S. Court of Appeals for the Ninth Circuit before practicing environmental, land use, and local government law in San Francisco. She began her academic career at the College of William & Mary in 2004, joined the faculty at the Northwestern School of Law at Lewis & Clark College in 2011, and moved to Florida State in 2015. Ryan served as a Fulbright Scholar in China, where she taught American law, studied Chinese governance, and lectured throughout the country. In 2019, she was selected as a Research Fellow by the Rachel Carson Center for Environment and Society in Munich and spent the summer in residence in Germany. She has also lectured at leading universities and government agencies in India, Japan, Vietnam, Israel, England, Northern Ireland, Germany, the Netherlands, Spain, and elsewhere.

Prior to law school, Ryan served as a U.S. Forest Service ranger on the Mono Lake District of the Inyo National Forest, east of Yosemite National Park. She graduated from Harvard College with a degree in East Asian Languages and Civilizations and received a Master’s degree in Ethnomusicology from Wesleyan University.

A Short History of the Public Trust Doctrine and its Intersection with Private Water Law, 39 Virginia Envtl. L.J. 135 (2020).

Secession and Federalism in the United States: Tools for Managing Regional Conflict in a Pluralist Society, 96 Or. L. Rev. 123 (2017). Republished in Alberto Lopez-Basaguren and Leire Escajedo San Epifanio, eds., Claims for Secession and Federalism: A Comparative Study with a Special Focus on Spain (Springer, 2019).

Federalism, Regulatory Architecture, and the Clean Water Rule: Seeking Consensus on the Waters of the United States, 46 Envtl. L. 277 (2016).