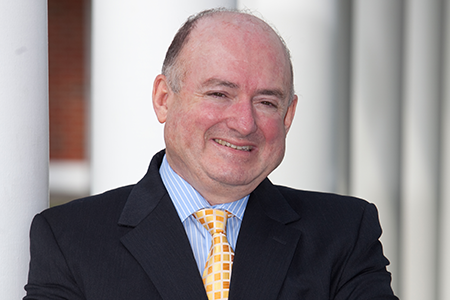 Fernando Tesón, the Tobias Simon Eminent Scholar at FSU College of Law, is the leading authority on humanitarian intervention and the philosophy of international law. In addition, he has written on diverse topics such as immigration and political rhetoric. Originally from Buenos Aires, Professor Tesón has dual U.S. and Argentine citizenship. He has authored several books, including Debating Humanitarian Intervention: Should We Try to Save Strangers? (Oxford University Press, 2017) (with Bas van Der Vossen); Justice at a Distance: Extending Freedom Globally (Cambridge University Press, 2015) (with Loren Lomasky); Rational Choice and Political Deliberation(Cambridge University Press 2006) (with Guido Pincione), and Humanitarian Intervention: An Inquiry into Law and Morality (Transnational, 2005), considered the classic treatise in the field. He has also published dozens of articles in law, philosophy and international relations journals and collections of essays. Professor Tesón has presented his scholarship around the world.

Free Trade: A Principle for All Seasons, in The Routledge Encyclopedia of Libertarianism ( J. Brennan & B. van der Vossen, editors) (forthcoming 2017)

Grotius on War and the State, Liberty Matters (March 2014)