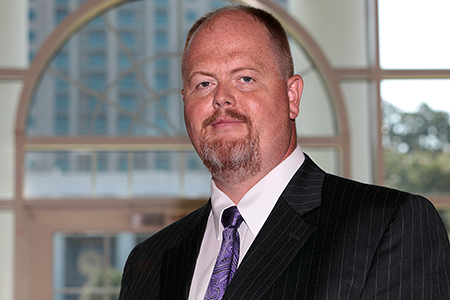 Tallahassee—On Monday, May 4, live teleconference oral arguments were held for the first time in a U.S. Supreme Court case, United States Patent and Trademark Office v. Booking.com, a dispute over the protectability of Booking.com as a trademark. Jake Linford, the Loula Fuller and Dan Myers Professor at FSU Law, was the lead author on an amicus brief before the Supreme Court.

Much of Linford's scholarship challenges trademark doctrine when it deviates from trademark law's proper focus on consumer perception and consumer use. The Patent and Trademark Office proposed a rule that would bar registration of a mark comprised of an ostensibly generic term and a top-level domain like .com. The rule would require courts to ignore evidence that consumers see the combined term as a source signifier. As Linford argued in an earlier article, the rule is in error because it fails to recognize how language meaning, including the meaning of many trademarks, continually changes through use. Moreover, ignoring the acquired source significance in a trademark imposes costs on consumers and harms competition. In the brief, Linford joined trademark and internet professors in arguing that “if there is sufficient evidence that the majority of consumers have come to see a term as source-signifying rather than merely product-designating, the term should be protectable like any other trademark.”

On the evening of the historic oral argument, Linford participated in a virtual panel of trademark experts hosted by American University Washington College of Law. The panelists recapped the oral argument and discussed the potential implications of the Court's pending decision. A recording of the panel discussion is available online.