Professor Morley Selected for Membership in the American Law Institute 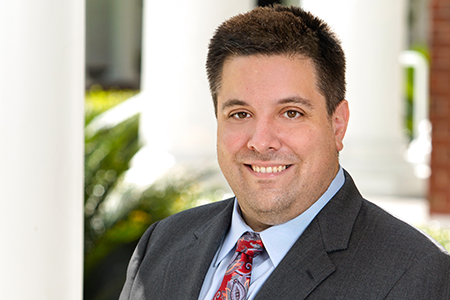 We are delighted to report that FSU Law’s Sheila M. McDevitt Professor Michael Morley has been selected for membership in the American Law Institute (ALI). Election into ALI is an extremely prestigious honor, bestowed on the nation’s most prominent judges, lawyers, and law professors. The institute is the leading independent organization in the United States producing scholarly work to clarify, modernize, and improve the law. Professor Morley’s selection for ALI membership is a reflection of his important contributions to the legal profession and legal scholarship. With Morley’s election to ALI, FSU Law is privileged to have five faculty members in the prestigious organization. Dean Erin O'Connor is a member of the American Law Institute, as are FSU Law’s Larry and Joyce Beltz Professor of Torts and Associate Dean for Academic Affairs Shawn Bayern, Steven M. Goldstein Professor Wayne Logan, and Dean Emeritus and Alumni Centennial Professor Don Weidner.

Morley teaches and writes in the areas of election law, constitutional law, remedies, and federal courts. He is best known for his work on election emergencies and post-election litigation, injunctions, and the jurisdiction and equitable powers of the federal courts. He has testified before congressional committees, made presentations to election officials for the U.S. Election Assistance Commission, and participated in bipartisan blue-ribbon groups to develop election reforms. His scholarship has been published in many of the nation’s top law reviews, and the United States Supreme Court has cited several of his articles.