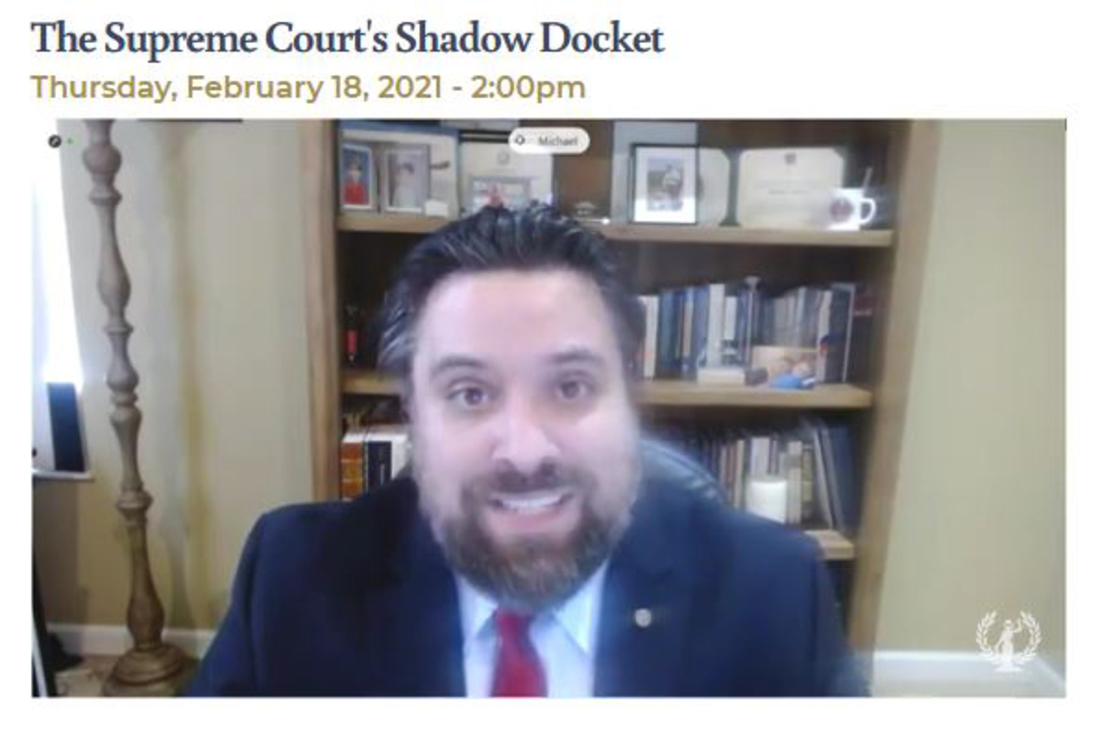 On Thursday, February 18, Professor Michael T. Morley was one of four experts to testify before the U.S. House Judiciary Committee's Subcommittee on the Courts, Intellectual Property, and the Internet. The virtual hearing was on the Supreme Court's “shadow docket,” which refers to the court's rulings on requests for extraordinary relief, such as emergency stays, summary reversal and certiorari before judgment. These rulings are typically made quickly and without oral argument or amici participation, often without published opinions, and sometimes without all of the justices' votes being publicized. According to Morley, the court has grown more likely to grant such relief in recent years, particularly in cases where a federal law or some other governmental action has been held unconstitutional. Morley presented a five-minute opinion and then spent the rest of the two-hour hearing answering questions from representatives.

“I was honored to have the opportunity to testify before a congressional subcommittee to help improve our judicial system,” said Morley. “In some respects, the Supreme Court's more active use of the 'shadow docket' is consistent with Congress' intent when it adopted the court's current jurisdictional statutes. But there are reforms both Congress and the court can consider to reduce the need for such extraordinary measures and enhance the fairness and transparency of the process.”

Find a recording of the hearing online.