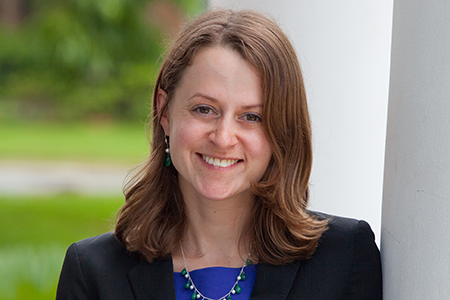 Tallahassee—On June 29, the U.S. Supreme Court issued its much-anticipated opinion in June Medical Services v. Russo. The court struck down a Louisiana law requiring doctors who perform abortions to have active admitting privileges at nearby hospitals, but Chief Justice John Roberts, who cast the deciding vote in the case, transformed the rules that govern abortion cases, making it more likely that states will be able to introduce abortion restrictions in the future. FSU Law’s Stearns Weaver Miller Professor Mary Ziegler, a nationally recognized authority on the abortion debate, has been the go-to expert on the case. The day of the decision, Ziegler was interviewed in The New Yorker and appeared on NPR’s “All Things Considered,” CNN’s “The Lead with Jake Tapper” and “PBS NewsHour.” In addition to joining scholarly panels on the case, Ziegler authored opinion pieces on June Medical for The New York Times, The Washington Post, the Los Angeles Times, CNN, The Atlantic and Time. She has also consulted with a variety of media outlets on abortion, including the BBC, The Wall Street Journal, The Economist, Newsweek, The Guardian, CNBC, MSNBC, Fox News, Huffington Post and Vox, and she has been interviewed in leading publications in countries from France, Spain and Germany to Australia, China, South Korea and Japan.

Ziegler’s international reputation stems from the three books and numerous articles she has written on the legal history of the abortion debate. Her most recent book, the timely Abortion and the Law in America: Roe v Wade to the Present (Cambridge University Press 2020), makes sense of the history behind June Medical and what is likely to come next. The book studies how the terms of the abortion debate have changed fundamentally in the decades since Roe v. Wade. Ziegler shows that as those on opposing sides have battled about what abortion in America is really like, polarization on abortion has only grown deeper, breaking down consensus about the difference between science and spin.

“The chief justice of the Supreme Court infuriated conservatives once again Monday by siding with his four more liberal colleagues to strike down a Louisiana law that would have sharply restricted the availability of abortion there by requiring providers of the procedure to have admitting privileges at nearby hospitals. For abortion foes and no doubt President Trump, the defeat is infuriating. But it’s their own fault. The case, June Medical Services v. Russo, was the wrong one to bring to the Supreme Court. In their impatience to restrict the procedure, abortion opponents miscalculated by asking the court to uphold a law virtually identical to one in Texas that the court had rejected four years ago. And for Chief Justice John Roberts, that was too much.” - excerpt from Ziegler’s opinion piece in The New York Times on June 29, 2020